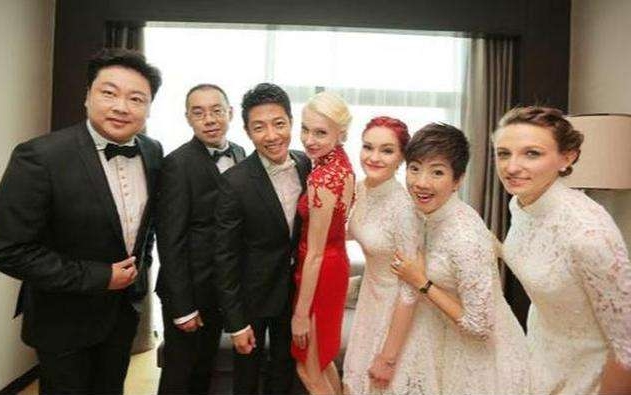 It is somewhat uncommon for Western and non-Chinese women to date Chinese men in China. A lot of reasons for this but they mostly boil down to the culture differences between China and the Western world. However, men in China are mostly the same as men everywhere else. With that in mind, if you do go on a date with a Chinese man, here’s some ways to make sure that it goes well and that you don’t commit any faux pas’ while you’re together. This will help you to put your best foot forward in the beginnings of your relationship with a Chinese man, and help you find the partner of your dreams.

Like many Western men, Chinese men in general prefer to be able to see the natural bone structure and complexion of their dates. That means that even if you are a very skilled makeup artist, you should focus your skills on keeping to a natural palette if you want to make a great first impression. Of course, makeup isn’t always intended to attract another person, so do what makes you feel happiest in your own skin. Keep in mind that your date may not appreciate your makeup as much as you do, though.

2. Make Him Feel Listened To

A great way to make sure that your day goes well is to listen to everything your date says and respond. It is incredibly rude in Chinese culture to interrupt when someone else is speaking, so avoid doing that at all costs.  Your date is likely to enjoy a spirited conversation on any topic he’s well-versed in, as long as you avoid turning it into a debate or moral discussion. Keep the debates and moral discussions for later on in the relationship when you’ve gotten to know each other better. He will be unlikely to share much in the way of his emotions, but he should still listen when you talk to him about your life and goals. If he doesn’t listen when you talk to him, it might not be a good partnership,

Chinese men like to feel like they are providers. If you are going out on a date where it costs money, you can offer to go Dutch and split the cost of the date, but you should let him pay for everything if he can. Don’t be surprised if you see your date slide his card or cash into the billfold for the dinner check within 30 seconds of it being placed on the table. This is common amongst many Asian families to fight for who gets to pay the bill, so he likely learned it at a very young age. You can try to fight him on it, but you are not going to win. It’s better to just let him pay for it and make him feel like he is taking care of you in this case.

4. DO NOT Insult His Parents

Family is incredibly important to many Chinese men and women. If you expect your relationship to go anywhere past the first date you should never insult his parents or his family for any reason. Many Chinese men stay close to home specifically to take care of their families in their old age. Even if he says negative things about his parents, you should never say anything against them, especially this early on in the relationship.

There are a lot of negative stereotypes about Asian men when it comes to dating and romance. Whether you know it or not, probably seen or heard some of these stereotypes – that they have small ‘packages,’ that they act feminine, that they’re not any good at social skills, et cetera. An example of them that you are probably familiar with is seen pretty clearly in the portrayal of Long Duk Dong in 1980s classic film Sixteen Candles. They’re all hogwash, and pretty racist hogwash at that. Chinese men are as individual as any other man in the world. There are good ones and there are bad ones. There are some similarities between many of them that are based on their culture, as there are with any group. As long as you treat your date with the same respect that you would treat anyone else and you should be fine.

6. Make A Plan for Something Fun For Both of You

Chinese men often let the woman they are dating pick where they are going to go on the date. This can make them seem unromantic, but Chinese men are taught to put their partners happiness above their own comfort on dates. This is honestly as romantic as it gets. Something like getting bubbles tea or dessert crepes would be perfect to make sure that both of you have a great time and are able to get to know each other without pretending not to be bored the whole time. He’s also likely to offer to hold your purse. Don’t be weirded out by that. It’s a common thing for Chinese men to be helpful by carrying a purse or shopping bags for their partner.

7. Go Somewhere Worth the Money

Since your date is going to be paying for your date, make sure that you pick a date location that is worth the money that he’ll be spending on your time together. If you choose something that’s very expensive, he may think that you are only after him for his money. If you choose something that’s too inexpensive, he might think that you don’t value the time you two are spending together. For a first date at least, make sure that you choose a venue and plan that will cost a good amount of money, but not enough that it will break the bank for either of you. This will show that you value the time that

Chinese men are more likely to be looking for a mature woman to pursue marriage with than a fun fling. With that in mind, you should be dressing like a professional adult instead of wearing a cocktail dress or something that is super cutesy. If you dress too young, he is likely to think that you are too young for him or too immature. If you dress too sexily, he may think that you are only after him for sex, not a relationship. Find a balance in your clothing that makes you feel attractive and that will be attractive to him on your date. Chinese men also tends to not enjoy a high heel or a flat shoe on a woman, preferring a low heel in general. Keep that in mind when you’re getting dressed for your date.

Chinese men are significantly less likely than Western men to want to have sex on the first date, so don’t expect that at the end of the night. They tend to take relationships much more seriously than their Western counterparts and get their communities involved faster. Make sure that you’re both on the same page about where you’d like this relationship to go in the long run, especially if you are not interested in marriage. Chinese men are much less likely to want a relationship where they don’t believe that it will end in marriage and children than their Western counterparts, so keep that in mind.

When it comes to getting to know your date, you should avoid getting much more personal than you would with someone you met on the subway. Chinese culture tends to encourage men and women alike to avoid spilling their guts were wearing their hearts on their sleeves, even around family and intimate partners. If you are too open about your personal life, you may scare your date away and make him think that it’s a culture clash issue. Chinese people are not fans of public displays of affection, but he might hold your hand in public. Instead of showing love through public displays of affection, Chinese people tend to show their love by incredibly generous and paying for everything, helping out financially and feeding you as often as possible.

Remember that these are only guidelines when it comes to dating Chinese men. All men are completely different people so take this advice with a grain of salt as you go forward and date men in China.